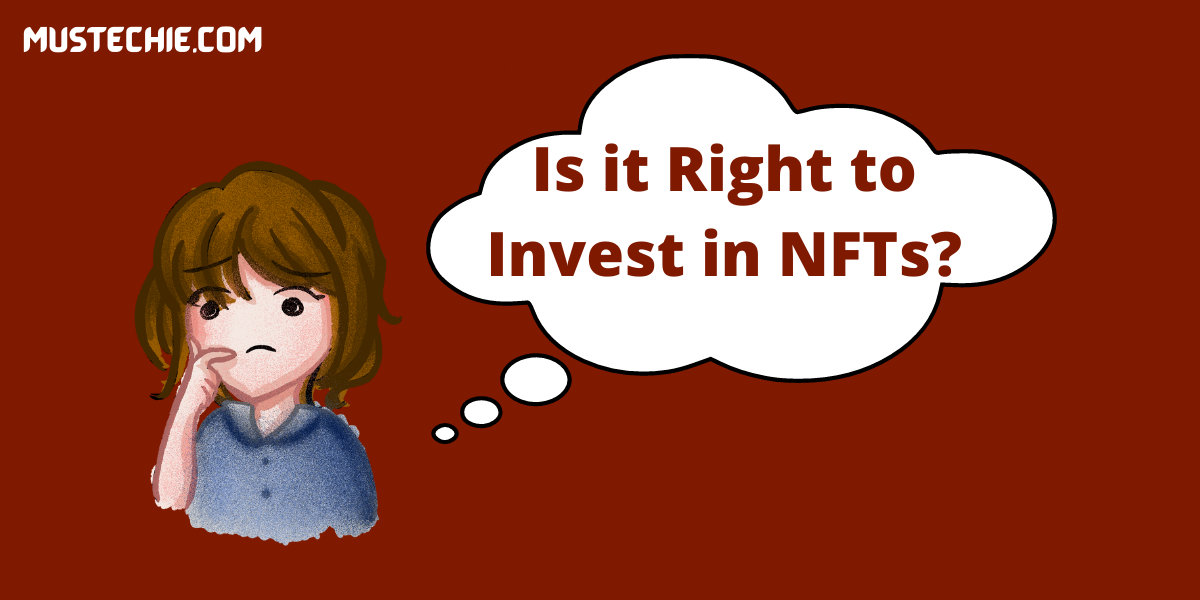 While some are struggling to resell, a few got scammed into the costly purchase. Does this prove that the much-hyped NFTs are stupid? Stay tuned to uncover.

The token market has turned stale.

It came as a savior for the artist community but turned out to be a cruel joke for the first movers. Some shelling millions of dollars for these novel acquisitions, now gasping to find the next generous buyer.

Because ultimately, non-fungible tokens are nothing if you don’t assume their value. Crypto is volatile, but NFTs carry risks of a whole different level.

For instance, would you cripple your finances by making a 600 ETH (currently $1.8 million) hole in your wallet for this:

However, one user named Rabono did this in 2018 by buying this NFT for $172k (also ~600 ETH at that time). From that point onwards, this is listed for sale in search of the second deep-pocketed shopper, whereas the Ethereum price has inflated more than ten times in between.

But let’s take it one by one. This article will share why NFTs are stupid with some case studies and how easy is to deceive the audience with NFT scams.

CEO of a blockchain company Bridge Oracle, Mr. Sina Estavi bought the NFT-version of Twitter’s first-ever tweet (by Jack Dorsey, Twitter Co-founder) on March 22, 2021. As per Mr. Estavi, this piece of human history is the Monalisa of the Digital World, holding immense value.

He defended his purchase calling it a “wise investment” that can jump to unimaginable heights in some 50 years.

Not waiting that long, Mr. Estavi put that first tweet to sale on the largest NFT marketplace, Opensea. Besides, he pledged to donate half–which he expected roughly $25 million–from the sale.

However, this is not fair to call NFTs are stupid just yet.

Arguably, Cryptopunks is one of the priciest collections of NFTs we have ever seen. This group of pixelated characters has made $2.1 billion in all-time sales, only second to Axie Infinity, a play-to-earn crypto game.

Created by Larva Labs, 10,000 such characters were initially available for free if you had all but one Ethereum wallet. All were taken, and now you have to spend fortunes to prove ownership of these weird-looking cartoonistic portraits.

Although the transaction data states mouth-watering selling prices, some are pure deception used to inflate the value of these essentially non-valuable tokens.

For instance, a CryptoPunk (#9998) made headlines for being the highest valued NFT, selling for $532.41 million.

Eventually, the sales history–thanks to the blockchain’s transparency–revealed the punk going back to the original seller.

So the original owner (0xef764b…) transferred the token to an intermediary (0x8e3983), which sold the same asset to the Ethereum address beginning with 0x9b5a5c.

Finally, the buyer (0x9b5a5c) transferred the token back to the first owner (0xef764b…), making the transaction a fake.

The amount was loaned from three different entities and was paid back within the same contract in this high-profile NFT drama.

What actually got spent was just $846.64 in transaction fees to the Ethereum blockchain.

However, the purpose of this modus operandi is crystal clear–creating false demand pushing people to purchase tokens that don’t hold any value on their own.

But this NFT stupidity couldn’t hold for long leading to crashing sales volume:

And this is not just with CryptoPunks. NFT sales, as art and collectibles, have cooled down, and the initial hype has weaned off everywhere.

Most NFTs aren’t based on real-world assets. This makes it tough to gauge their real value and detect scams. On top of it, you may never know the real people behind any project, increasing the risk factor.

The roadmap was to launch a survival game with these Apes fighting till the end.

After seeing the lucrative price tags hanging over the CryptoPunks, Bored Ape Yacht Club, etc., nobody wanted to miss the next big thing.

But things weren’t going as smoothly under the hood. For instance, the artists didn’t get paid, the social media contest winners didn’t get their free NFTs, and the never responding leadership were some of the red flags.

With 798 ETH (~$2.7 million), and an abandoned website, the developer orchestrated a famous rug-pull that’ll keep haunting the NFT enthusiasts for the times to come.

However, the community is still holding up and trying to develop a project (Fight Back Apes) of their own. Still, the losses they incurred in the first place prove the idiocy of NFTs as investment opportunities.

There are many more similar projects parting investors from their hard-earned money while giving random images/gifs in return.

But we will move to see how NFT scams take place with sheer opacity. And how easy, in fact, it is to separate such trickeries from legit projects.

How to Spot NFT Scams

Not all NFT projects are scams. And here are some pointers you can use to identify a foul NFT project straightaway.

Who is the Developer?

If you can verify the artist/team supporting a specific NFT scheme, most likely it will be legit. However, even such NFTs don’t guarantee desired returns. Still, the developers with a respectable social standing may back their work for a reasonable amount of time or even refund public money before closing their doors.

So the first thing to check is the leadership. People hiding behind arbitrary social media profiles is a big enough sign of possible upcoming crypto fraud.

Unfortunately, this one is hard to detect. A group of anonymous accounts can be bidding to inflate the value of a useless NFT. This normally continues until real people jump in, matching the previous bids and paying a hefty sum.

In such cases, again, the developer’s real identity can be a huge factor separating the legit NFTs from any random artwork.

Blockchain-based NFTs are perceived to be piracy-proof. You can check the metadata to trace the original author and all the owners in between until you buy any such token.

But what if someone downloads popular NFTs, slightly changes the name, creates a relevant social media profile, and mints it on a different blockchain for sale. For instance, it’s not easy to tell the fake from the real from the 10,000 similar-looking CryptoPunks.

Or worse, you might be checking out the fake NFT website all along and may end up paying dearly for a duplicate.

This is not just imagination. In fact, one NFT artist made over $1 million by mimicking graffiti artist Banksy. And the supposed conman didn’t even use the exact name. The scamster used Pest Supply, whereas the legal guardian of Banksy is believed to be Pest Control.

Yet people somehow believed that it was the Banksy and lined up to buy the so-called investments of the lifetime.

Not all NFTs are Stupid

There are way more use cases of NFTs than just arts and collectibles, including in real estate, branded items, supply-chain management, etc. But it’ll take time for a wider acceptance and to make it fool-proof.

Still, the NFT collectibles may prove of great value. However, for that to happen, you have to check, double-check, verify the original developer and the genuine website before making any purchase.

In addition, don’t let your wallet remain linked to any app or website after any transaction.

Stay safe, and don’t get scammed! 🤪 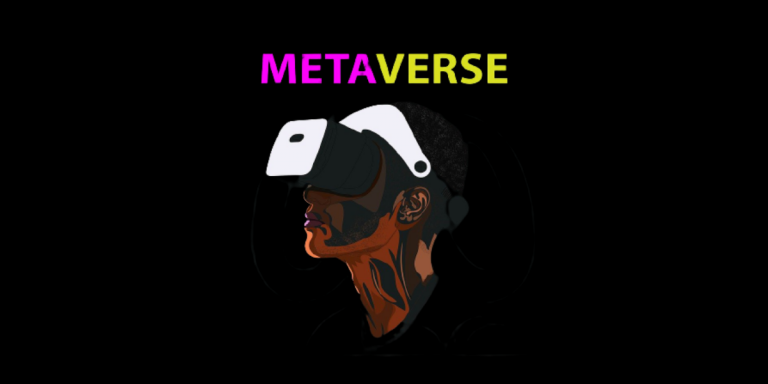 How to Join the Metaverse is not a good question. Because there are many. Stay tuned to know about some top ones with the ways to get in. Metaverse has become the buzzword among many. For those who don’t know, Metaverse is a virtual world to meet, play, enjoy, purchase, or basically do whatever we… 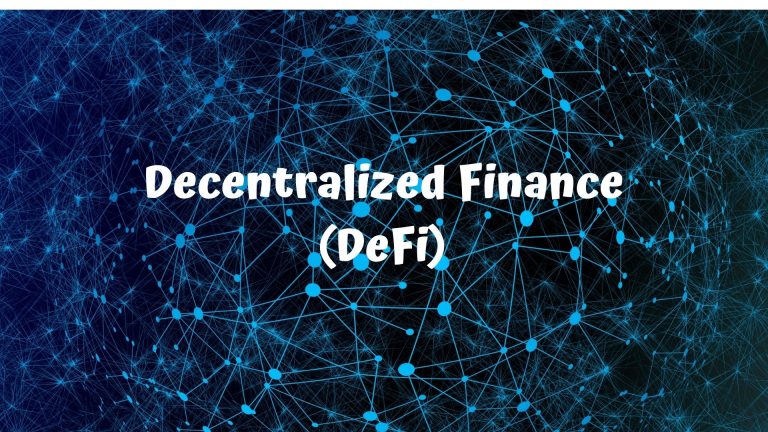 Once in the coveted list of the top 10 wealthiest nations, Argentina is on the brink of an economic collapse again. I won’t dig the history or theories behind it, though. Instead, we will take a look at how Decentralized Finance (DeFi) is helping few smart Argentinians. Let’s dive deep to know this better. What is Decentralized… 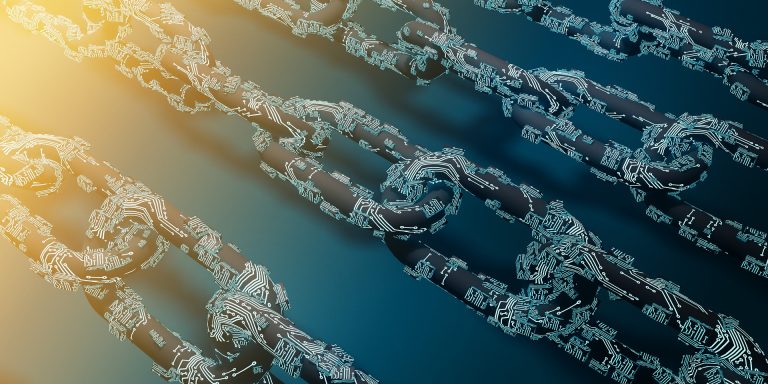 Blockchain is simply a chronological chain of various blocks containing data entries. It gives a whole new definition to transparency. Every activity is visible to each network participant. The idea behind the blockchain is to create a decentralized system, unlike the present-day entities (e.g., banks). And since the power isn’t centralized, the chances of corruption are… 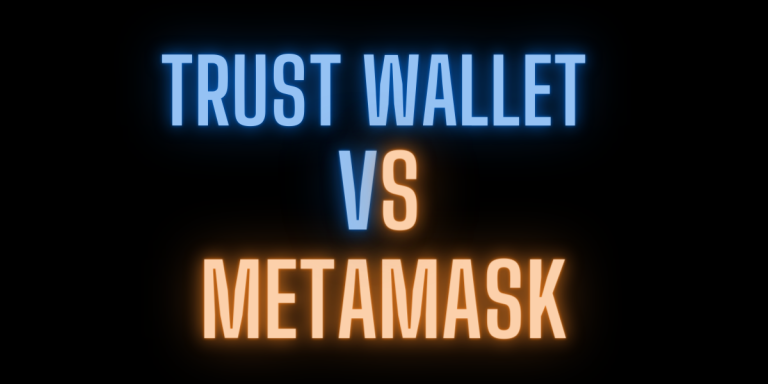 It’s very common to ask for the winner of Trust Wallet vs Metamask. While both are excellent, stay tuned to decide the best for you. Crypto wallets are the entry points to the blockchain universe. They help you to exchange your fiat currencies for crypto, join the metaverse, explore decentralized applications, and do much more…. 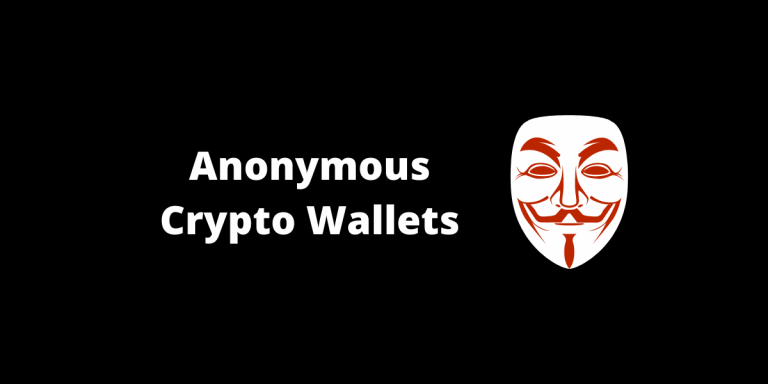 Here are some of the best anonymous crypto wallets for maximum privacy. Let’s check them out and understand the real meaning of crypto anonymity. Privacy is one of the most sought-after features by any crypto enthusiast. That’s the core principle of blockchain technology other than the obvious decentralization. Read about the major limitations of blockchain… 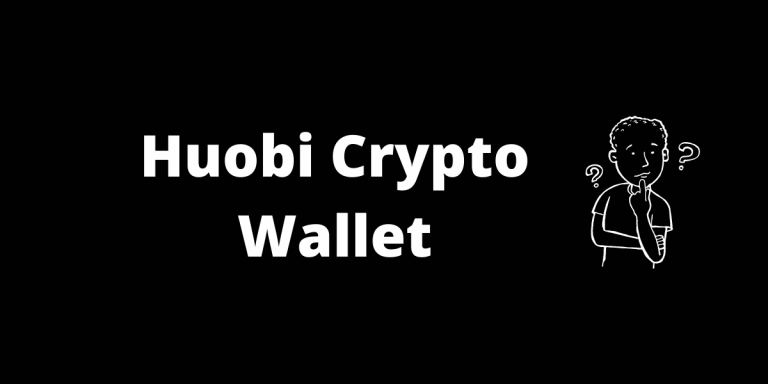 Huobi Wallet is a self-custodial, multi-currency crypto wallet. Stay tuned for a brief review of this highly rated DeFi wallet. Crypto wallets are a first for an active blockchain enthusiast because you can’t do much without one. But there are a few things to note before signing up for a crypto wallet. Let’s start with…