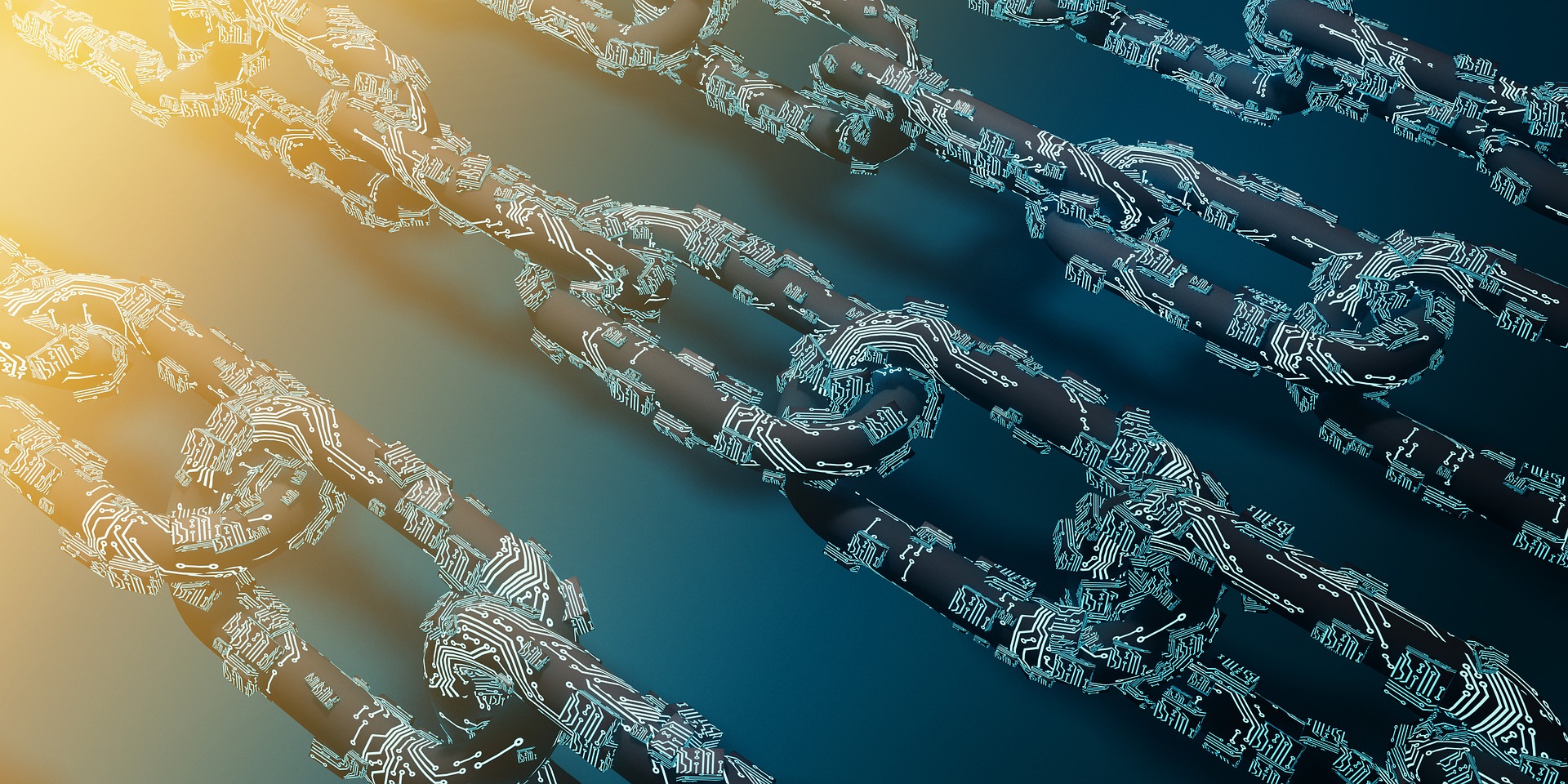 It gives a whole new definition to transparency. Every activity is visible to each network participant.

The idea behind the blockchain is to create a decentralized system, unlike the present-day entities (e.g., banks).

And since the power isn’t centralized, the chances of corruption are less.

From digital assets to physical objects–blockchain networks can be used to transact just about anything.

Blockchain is a series of blocks linked with each other having timestamps.

Every block contains entries. And every entry is approved via network consensus.

There are many consensus methods to verify a transaction: Proof-of-Work, Proof-of-Stake, Proof-of-Burn, Proof-of-Capacity, etc.

Bitcoin currently uses Proof-of-Work to validate the entries (transactions). The process involves solving complex problems to generate a math function (Hash). The first one to generate the correct Hash earns an incentive (in bitcoins), which is actually the transaction fee added with the reward for completing a block. This process is called Mining. It is the only process that can create new bitcoins. Notably, there is a limit–21 million–to the number of bitcoins that can ever be created. At the time of this writing, roughly 89% of bitcoins were already issued.

Every transaction is verified before it’s added in a block. For verification, the majority of the nodes must approve each entry.

After getting confirmed, it goes to the last block of the chain. That last block keeps on taking in the entries until it’s full.

Once the block is at its capacity, it gets attached to the chain, being the last one in a long chain–Blockchain. This process repeats for new transactions, and the chain keeps on getting longer.

Hash–a 64 digit hexadecimal number–is the foundation of blockchain security. Every block (and every transaction) has a Hash function associated with it.

The Hash of each block is related to the Hash of the previous block.

So, in a way, Hash of all the blocks are related to the first hash ever created.

The hash of a block is a function of the transactions that get stored in that block and the hash of the previous block among other factors.

As a result, anyone trying to alter any transaction entry will end up changing the original hash. And, this would be cross-checked in the network upon the next transaction, identifying the fraud.

So, the only way to commit fraud is to control the majority of the chain (51% attack). One must change the Hash of that specific block and all the subsequent blocks before the generation of the new blocks.

And, depending upon the size of the chain, that’s not an easy feat to achieve.

The Crypto (read bitcoin) boom has become a driving factor in making blockchain technology famous. Bitcoin was the first real-life application of blockchain on such a large scale.

Blockchain and bitcoin are closely associated terms, so close that some confuse and use them interchangeably.

While bitcoin is a cryptocurrency, blockchain is the technology powering bitcoin transactions.

In the case of bitcoin, the length of the chain is the deciding safety factor. But other cryptocurrencies don’t have this attribute.

As for the new cryptocurrencies, the length of chains is generally short. Therefore, it’s easy to take over a 51% portion of the chain and start a fork.

A fork is a new chain, separated from the original.

Forks–if initiated by the bad actor–usually consist of fraudulent transactions.

And if the fraudster can control more than half of the blocks, then the new chain will be the longer one. So, it’ll be treated as the true ledger of records, as per the blockchain protocols.

Depending upon the degree of decentralization, blockchain is of four types:

This is the most accessible type of blockchain tech. Anyone with an internet connection can participate. All functions like initiation and validation of the transactions are open for all.

This is a truly decentralized system, closest to the core principles of the blockchain system.

First, it’s not open to the public. A single organization controls this system. Power-centric roles like the validation of transactions are usually authorized to certain nodes.

Its centralized and fewer nodes make it vulnerable to the 51% attack. Private blockchains are less transparent than public chains.

Banks, Hospitals, and many agencies use this to reap the benefits of the immutable nature of blockchain technology.

This is a type of private blockchain which is controlled by more than one organization.

They are less centralized than the private blockchains and offer more transparency. These are more adhering to the core principles of blockchain technology.

Additionally, more participants mean a greater length of the chain–which translates into a more secure system.

Hybrid Blockchain is a mix of public and private blockchain protocols. Selective data is accessible to all the nodes, while classified information is controlled and centralized.

As the number of overall nodes is more, it is more secure and less opaque.

Generally, only specific nodes can initiate the transaction, while every participant can verify it.

It has perks of both a public blockchain–security and transparency, and private blockchain–speed and energy saving.

Cryptocurrencies are the most well-known way of blockchain application.

But this technology is capable of keeping records of almost anything–digital or physical.

Its immutability makes it the most transparent and secure system of keeping records to date.

This section will shed light on some of the applications of blockchain, other than the well-known cryptocurrencies.

The medical industry is using this tech in numerous ways, some of which are:

To safeguard and securely share patients’ data. This is vital for patient’s timely and precise care. It eliminates any misunderstanding between various medical personnel, especially if the patient is getting treatment at different facilities or with separate doctors in a single health center.

Preventing data breaches. Data breaches are rare because of the immutability of blockchain. With various available options, healthcare can utilize protocols as per the requirement–with hybrid or consortium being the best choices.

Coordination among doctors, researchers, authorities, etc. Most of us don’t take the services of a single hospital every time. So, it gets crucial to have an alteration-proof database for precise treatments everywhere.

Therefore, having a tamper-proof distributed ledger technology like blockchain helps in keeping all kinds of data private and allows secure sharing with the intended recipient.

Besides, it is also being used in the supply-chain management of medical supplies. It helps to track medicines right from their production until their delivery.

This technology also helps to verify that a particular medicine is authentic and hasn’t been tampered with in any way.

Real state is rife with commissions and intricate legalese.

Buying any piece of land often results in an overwhelming amount of paperwork and complexities.

And even after all of this, people fall into legal hustles of ownership rights. Because, in the present state, the real state is one of the most opaque systems.

Third parties take benefit of the nuanced nature of legal matters. Eventually, almost all transactions end up being a waste of time and money for both stakeholders–the buyer and the seller.

This could all change in the future.

Blockchain with its immutable and candid features can impart much-needed authenticity to the real estate market.

Every entry can be traced back, and property rights can be defined and enforced.

Mediators can be excluded from real estate transactions, making the process cost-effective and time-saving.

Banks act as a middleman between the lender and the receiver. They charge commissions and the related formalities are just a by-product.

With blockchain, you can send money to a person situated in a remote corner of the world. And, the process will be instant and with minimum service charges.

Compare this to a present-day case. If you want to send a payment to someone located countries apart, you pay service charges to the sending and the receiving bank. Additionally, the currency exchange adds to the overall bill. And it takes days, if not weeks, for the payment process to complete.

But blockchain can make these transactions fast and free from hefty clearance charges. For example, a bitcoin transaction takes just 10 minutes on average to complete.

However, the transaction fees with blockchain networks are not zero.

For example, while transacting bitcoins, you pay a certain amount (in bitcoins) to the miners for your transaction to get confirmed. Most of the time, transaction fees depend upon network congestion and transaction size (not the amount).

Blockchain also gives you a tamper-proof record of your transactions–for your whole life.

In addition, every bank can share its customer details with others. This eliminates separate know-your-customer (KYC) formalities at each financial institution.

Present-day institutions are centralized in power and data. So, it makes it easy for hackers to undermine the security systems.

And once a database is hacked–the whole system gets compromised. This results in a loss of millions in public money.

Since blockchain is a decentralized ledger, it makes it difficult for scammers to bypass security and pursue evils.

Blockchain will be able to identify any change or theft immediately, putting the bad actors under the scanner.

Let’s start this section with a quote:

Blockchain has a lot of great advantages, but sometimes those advantages can be misused in ways that often have not been thought about.

Blockchain is good–for the most of it. It’s open to the public and is private.

But, these very qualities can lead to unintended consequences.

For example, terrorist outfits can use bitcoin to transact everywhere–with just an internet connection.

So, it’s dangerous–in the wrong hands. And since it’s decentralized, law enforcement has negligible control over it.

Therefore, it can be easily used in money laundering and terror financing.

While developers try to fix every bug, sometimes hackers get ahead in exploiting unknown loopholes.

Blockchain, at its core, is quite secure. But the services connecting it to the physical world often fall prey to scammers. Consequently, most of these hacks (for crypto) have occurred at exchange channels.

And if a crypto exchange gets hacked, there is no guarantee your money will come back in full, or even partially, in some cases.

Blockchain was supposed to be decentralized. It was the highlight feature that made it famous.

But that’s not the case after all. At least not for bitcoin and ethereum–the top two crypto networks.

According to a research conducted by Cornell University scholars, mining power was found notably centralized.

For bitcoin networks, only four miners were generating more than 53% of mining power. In the case of ethereum, three miners were responsible for 61% of mining outputs.

It’s straight-up against the spirit of blockchain technology.

Additionally, the difficulty of the mining process has significantly increased. Back in the initial days of bitcoin, your personal computer could be powerful enough for mining.

But, at present, owing to the fierce competition in the mining world, you need much powerful hardware to contribute and earn mining rewards.

It’s not that you can’t mine with your personal computers anymore, but professional miners, with their Application Specific Integrated Circuits (ASIC), will find the target hash much faster than you.

In 2021, if you would–with your home computers–take part in bitcoin mining, you would be wasting two things–your time and electricity while getting nothing back in return.

While some cryptocurrencies can still be mined using personal computers–the process has little rewards.

This fact alone eclipses the decentralization narrative of crypto networks.

And in that case, corporate powers will control most of the mining process.

They will dictate the terms–giving birth to institutions similar to present-day banks.

If this technology is used in its native form–it’s secure, transparent, and fast.

But, any tampering with its original protocols will overshadow its very purpose of existence.

Consequently, just like other systems, blockchain is only as good as we allow it to be.