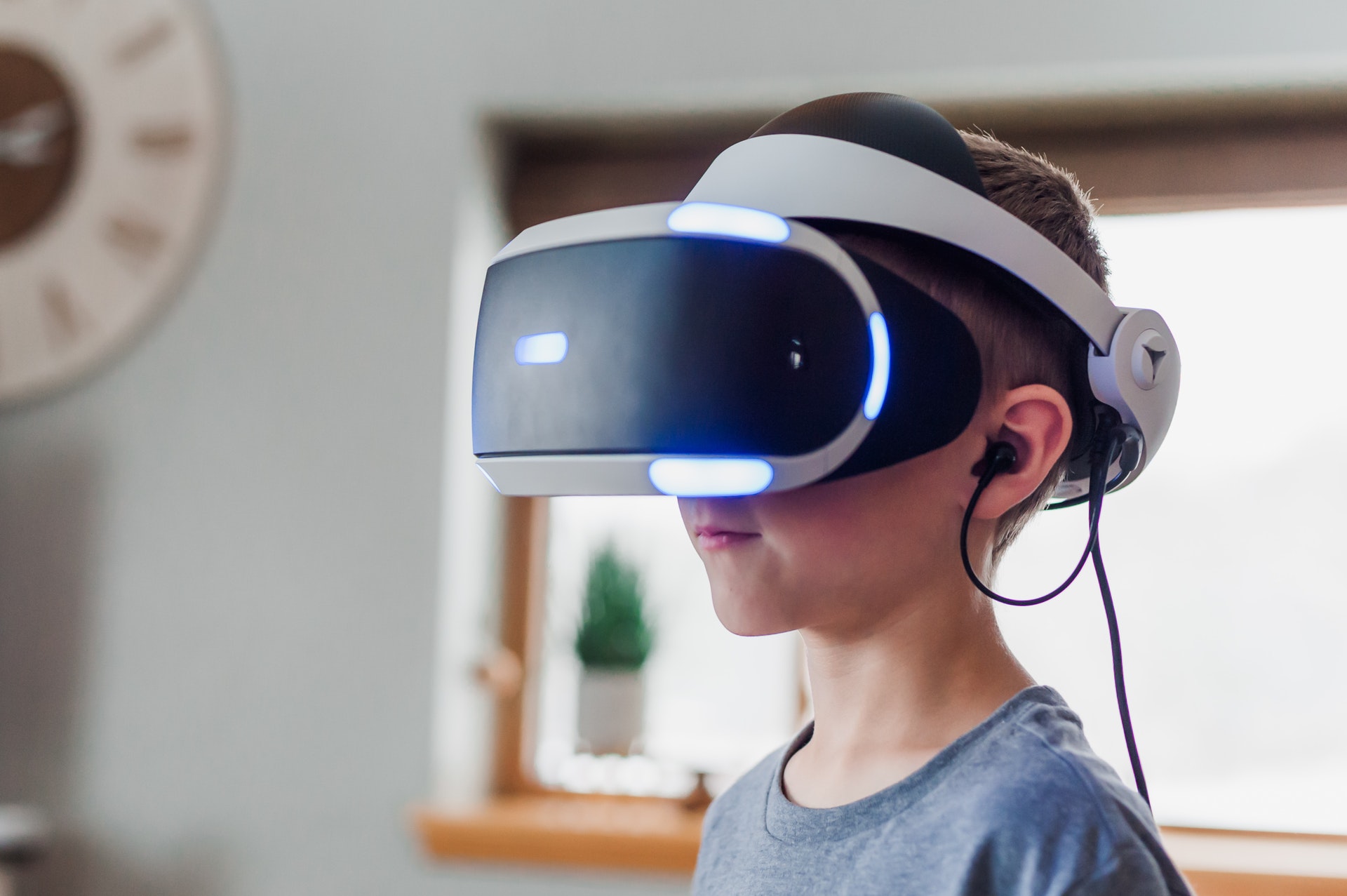 Isn’t it great to affirm our choice of a tourist destination by taking a virtual trip in advance–and avoid unnecessary speculation?

Are you even slightly interested in knowing how it feels to fly a fighter jet without piloting a real one–even if that’s vaguely possible?

Virtual Reality (VR) can bring to you many more such luxuries with the help of ever-developing digital technologies.

Recreation and leisure take the prime seat for any innovation as it brings the joy to sustain and cherish our lives.

From 8K TVs to Playstations, smartphones to expensive cars, almost all technical inventions and transformations have entertainment and fun to their center rather than the basic life needs.

Adding to the list, Virtual Reality is one such innovation that presents an unmatched immersive experience of otherwise distant and sometimes imaginary things or surroundings like a video game.

It’s a rather unique occurrence facilitated with a headset up-close to the eyes and supporting sounds that it tricks your brain into believing as you were really present in the virtual world.

Just as watching a movie on your smartphone cannot be compared to the experience in a theater.

Similarly, virtual reality easily outpaces the visual experience of that of the biggest screen now or later developed.

Attributes like No Distraction and Full Immersion make VR a real entertainer, miles ahead of its competition if there is any.

What is Virtual Reality (VR)?

Our brain process the signals captured by the eyes, and with a VR headset hijacking your vision in full, the brain is deceived into believing the up-close display as the real environment.

So, you feel and act according to the screen attached to your head and not the actual physical reality.

Have a look: Click this link if you don’t see any video just below this line.

The lady (Millie Bobby Brown) might be looking overly dramatic, but there are tons of reactions of people using VR on Youtube, and hopefully, they aren’t faking everything all together.

It tries to mimic the real world by taking over two of the most powerful senses of the human body: vision and audition.

A powerful enough computer or smartphone is connected to a VR headset to render the display.

In addition to head-mounted display (HMD), a VR headset also provides spatial audio (aka 3D audio or Surround Sound) to give a real-life listening experience.

HMDs are fitted with an auto-focus lens to adjust according to the head movement and two small monitors–one for each eye.

The Major role of HMDs is to eliminate the distracting surroundings and to provide a completely digital field-of-view.

The Normal FOV for pair of human eyes is slightly over 210 degrees, but VR makers target a lower value of 100 degrees.

That’s because the Normal FOV is the summation of the FOV of each eye individually. But the actual or effective FOV–aka binocular FOV– which actually allows us to perceive features like depth is only about 135 degrees.

Ergo, a 100-degree FOV is quite sufficient for an in-depth experience.

But still, some companies are pushing the limits, such as HTC with VIVE Pro 2 with an almost 120 degree horizontal FOV.

Human vision is capable to interpret up to 60 frames-per-second, generally. Anything lesser can be a red flag for the brain, hampering the immersive feeling of being in the virtual world.

So present-day VR headset makers aim for at least 60 FPS and actually favor a more generous 90 FPS for an even better feel.

In addition, the chances of one getting cybersickness (nausea, headache, sweating, dizziness, etc.) after a VR session diminishes with higher frame rates.

In reference to movement, there are 6 DoF in total: 3 Rotational and 3 Transitional.

Transitional DoF comes into the picture whenever you walk or move in X, Y, or Z axes. And the Rotational DoF represents rotation along the axes: rotating your head left or right, turning it up and down, and tilting it leftwards or rightwards.

Needless to say, VR headsets featuring 6 DoF feel more real. As with 6 DoF, VR will respond to your body motion in addition to your head rotation.

So, a football game simulation demands 6 DoF while a fighter jet training can make do with just 3 DoF.

Cybersickness usually occurs whenever our brain gets conflicting signals from various senses of the body.

So while in VR, audio and video have to walk hand-in-hand to give the desired convincing output.

Additionally, our head moments are tracked by various sensors (gyroscopes, accelerometers, magnetometers) to give the virtual output in sync with the assumed real-life case.

Any mismatch between our (past) actual experiences in real life and Virtual Reality can trigger our brain to question the credibility of digital output.

Consequently, apart from the cybersickness, it can be the dreaded failure of the cause for which the VR got invented in the first place.

There are tons of uses of VR in present times. While the technology is still evolving, experts of various streams are using VR to enhance and economize their programs.

If any industry is enjoying the VR revolution to its fullest then it has to be Gaming.

Based on the availability of quality VR gaming content, the net experience can outdo the normal feeling at least by a million miles.

VR is not limited to HMDs for gaming; additionally, you have got gloves, bodysuits, etc., to transmit lively sensations depending upon the situations inside the game.

It gives a superior perception of being actually inside the game comparing to just sitting in front of a huge screen with a joystick in hand.

See yourself: Click on this link if you’re unable to see any video just below this line.

The cost of a single F-16–one of the most used fighter jets across the world–is in the range of 50 to 100 million US dollars depending upon the configuration.

Do you think it’s smart enough to give those exorbitantly priced machines to pilots on their first day in the skies? NO!

Militaries plan extensive VR sessions for the pilots to get accustomed to the aerial maneuvers before handing them over a real plane.

Combat training in arduous territories is also simulated at times in VR to help soldiers prepare for the actual fighting.

In general, VR can be used to train military personnel for any critical equipment or conditions just to give them a heads-up.

Be it Navy, Army, or Airforce–all smart militaries around the globe are investing heavily to prepare their men in advance in the risk-free virtual environments.

Similar to the Military, experts in the Medical are also using VR to rehearse for life-threatening surgeries.

VR provides an immersive and interactive environment that is almost the exact replica of actual surgical procedures. It eliminates the risk of any blunder with the pre-planned practice sessions.

It can save many lives. Additionally, it imparts much-needed confidence in newcomers to perform typical medical procedures the first time.

Online classes are great but think about studying with your classmates without putting your foot outside your home.

Putting aside the reduction in carbon footprint due to overall less travel–it could be the next huge revolution in the education sector.

Education with no boundaries–a truly digital and authentic experience–can help students all around the planet to study wherever and whatever they want.

For example, VR-enabled labs can help students learn any experiment–no matter the equipment is installed countries away.

Think about virtually trekking Mount Everest from your lawn before going to brave the rough climates in real. Or what about never missing your dance or eskrima classes because of rain.

VR has definite potential to bring about radical changes in the present learning system.

Most industries are discovering numerous ways to implement VR for scaling their business and presence in ways that were unthinkable some time back.

Most often than not we book a hotel in advance–risking our hard-earned money–based on some (possibly biased) online reviews.

With the virtual tech coming into the picture, you can simply take a walk into the hotel prior to booking and decide–right from your home.

Not just the hotels, one can explore the famous tourist attractions in VR before really going for it.

Check out this Video by Accubits Technologies Inc to get an idea about how VR could transform the travel industry:

It’s the little cousin of VR. It supplements your real-life events with digital elements. AR content can be enjoyed with additional headsets or through naked eyes (via smartphone) like the famous game ‘Pokemon Go.’

With one foot in each–real and virtual world–MR lets you experience the best of both.

One can connect and deal in both the real and the virtual worlds without removing headsets.

Interestingly, MR can be as fancy and complex as watching and interacting with a 3D Hologram floating in front of you (remember Jarvis from Iron Man or Avengers!).

Like with most technologies, reality will always be one step ahead. This means VR can’t imitate life in totality, no matter how graphics improve over time.

As a result, Cybersickness can’t be dealt with completely.

Conclusively, if any fantastic VR session ends up midway by you puking all over–I doubt you would try it again. It’s a definite turn-off, if not a deal-breaker.

Price! The cost of a decent VR headset along with some accessories can range between 300 to 900$. That’s not a small sum for everyone.

And considering the limited availability and quality of VR content (including the games), the price tag can restrict many to click buy.

Effects of HMDs on eyes can’t be good, just like computer and smartphone displays are not healthy for human vision.

It doesn’t matter how good are present-day screens, any artificial display placed so close to the eyes can’t do any favors to the human body–that’s a fact many experts agree with.

Addiction adds to the downsides of using VR regularly. What smartphones did to us, VR headsets can do worse.

If it’s so immersive and enthralling–it’s bound to be addictive–especially for the children.

You may be shaking your head in disagreement, but I can’t imagine myself handing over a VR headset to my kid and be at peace–or any piece of addictive technology for that case.

Careful and limited use of any digital technology can do wonders. The same holds with Virtual Reality.

While overuse (especially in children) can be immensely hazardous to mental and physical development, its applications in armed forces and medical streams are certainly rewarding.

Travel industry is also excited to have a new weapon in VR to boost its sales and marketing efforts.

Similarly, virtual reality for Gaming Industry has shown early promise, but VR content has a lot of catching up to do in terms of quality and reach.

Surprisingly, even after decades of development, VR is still struggling to find a solid footing in common mens’ life–thanks to the cost of quality VR headsets and dearth of refined VR content.

But time is really up for many big names to jump into the production of hardware and software required to bolster VRs’ presence, just like it happened with computers and smartphones.

Till then, for a commoner–it’s almost a concept–albeit a great one! 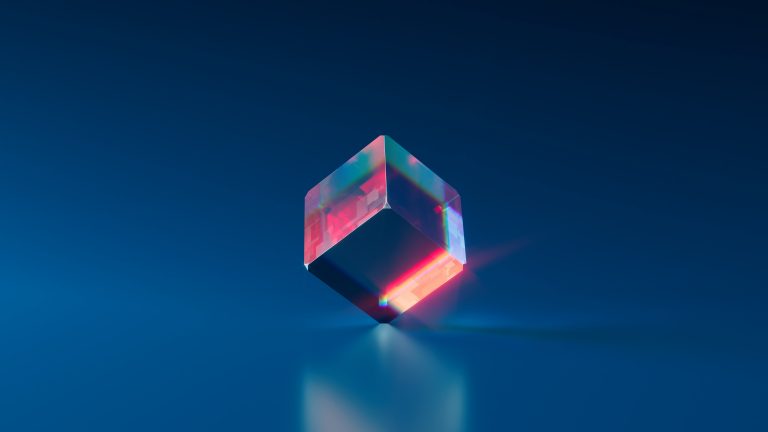 Augmented Reality: Preface Augmented Reality (AR), going by the literal definition straight out of google–makes reality bigger or enhances its value. Before diving deep, let’s set the tone of this short article with a video by Vuzix Corporation. With a special pair of glasses, you begin to see multi-dimensional things implanted on your normal view. This provides useful…