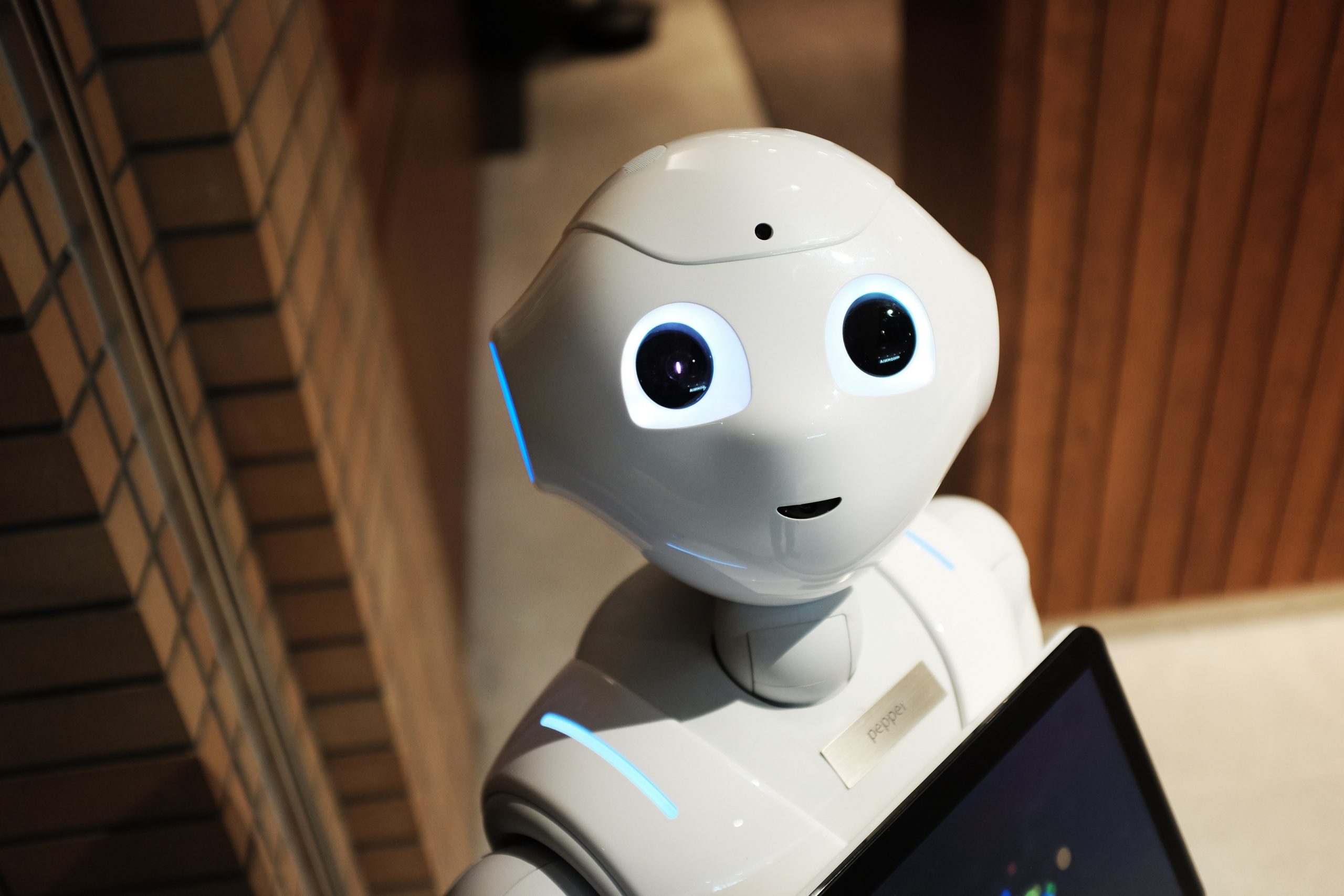 Chances are high that you would already be using Artificial Intelligence if you own a smartphone.

And even more, if you binge-watch anything on Netflix.

Or if you’ve used a tool as simple as a Google Translator or Maps.

Barring the scary name–Artificial Intelligence–this technology is household if you are not living under a rock!

What is Artificial Intelligence (AI)?

A machine’s way to think or act like a living is the simplest definition of AI.

We, mostly without realizing it, have been using AI since the advent of the internet.

For instance, can you recall your loss against any computer in a video game? That could be your first handshake with AI.

In the 20th century, applications of artificial intelligence are endless and everywhere.

At times, the term ‘AI’ is used in place of machine learning or deep learning.

But in fact, deep learning is a subset of machine learning, which is further a subset of AI.

Let’s dive a bit deep to know our everyday friend, Artificial Intelligence, and its applications.

In addition to rare mental capabilities, discoveries and inventions need extensive amounts of time and resources.

Why the human race is investing so much in AI can be a question to ponder.

But the answer is dead simple: humans react to even the smallest amount of whims and fancies; biased most of the time, unreliable at almost every other instant–humans are bound to face a trust deficit.

We trust alarm clocks to wake us up rather than any human; google maps are often more accurate than by-passers; digital personal assistants (Siri, Alexa) are companions some of us can’t live without.

Conclusively, technology is pure and impartial.

What it lacks is–decision-making prowess. So, came AI to the rescue.

Its self-learning abilities are what makes AI so useful.

It improves over time and data. The more it interacts, the more it learns.

AI is automation at its best. Let’s take a look into the uses of AI around us.

Search engines like Google, Yahoo, Bing are examples of AI which are being used every second for getting answers to genuine to reckless queries alike.

Their self-learning powers are evident in relevant search suggestions and results.

Likewise, digital advertising is not as non-sense as it was a decade ago. You only see relevant ads based on the browsing history.

Sometimes you must tell Google about a purchase to avoid getting bombarded with similar ads, but that’s acceptable.

So, it’s evident that machine intelligence is taking baby steps to match its living companions–humans.

Navigational apps such as Google Maps can tell you about troubling traffic situations such as accidents or roadside construction. Besides, it gives you possible alternative routes like a responsible fellow citizen.

Maps can do much more than navigation if you haven’t restricted Google to collect your location data. It can suggest a restaurant of your choice, or better, a route having your favorite places based on your transit history.

AI can improve its functioning by digesting data–if we allow it to. Of course, there are privacy concerns, but that’s a debate for some other day.

Be it News or Netflix, anything like–Top Picks for You–is an obvious indication that automotive technologies have learned from your interests.

Since it learns from your input data without needing reprogramming again, this is a simple yet accurate example of machine learning.

These utilities use AI in routine. Red-eye removal, background removal, auto-enhance are some of the tasks that Photoshop apps perform for us.

Deep learning resembles more of a human brain–it improves its accuracy by processing and reprocessing data it gathers over time. It uses artificial neural networks for simulating human brain-like behavior.

Tesla cars are perceived to share data among them to make the transit more efficient.

So, if a Tesla navigates a hard-left on some road–it tells its fellow Tesla cars about that point on that road and how it handled it.

As a result, all cars–from that moment onwards–get smarter in tackling that specific turn by the experience of that single Tesla car.

That’s as deep as deep learning can go at present, though it triggers privacy and security concerns for some.

Data is generated and captured from surgeons performing complicated procedures–live.

This data is fed into the algorithms. This process makes robotic arms more accurate by the day in helping surgeons.

As emotions or fatigue are irrelevant to machines, and because of their micrometer precision–these robotic surgeons are truly the future of the healthcare industry.

If tried and tested, nothing is better than a robot performing complicated medical procedures on its own.

It’ll get some time to get used to, of course, but high precision and no emotion are way too great attributes for an entity performing surgery.

But do you have any idea what Deep learning can do to your gaming experience?

As earlier stated, deep learning simulates human brain. It learns from its experience and makes adjustments, just like us.

So, if deep learning is deployed in video games, it can become increasingly difficult for anybody to complete the game.

A game with a brain of its own–will assess your playing style–thus processing the input data to strengthen its defenses and making it difficult for you to progress.

Eventually, it could hurt the very reason for which gaming got invented in the first place, i.e., to have some fun.

Consequently, machine learning is ideal for the gaming part, as some lameness factor is desirable in digital gaming.

The Future of AI

Stephen Hawking, the theoretical physics maestro, predicted that at some point in time AI could outgrow human intelligence.

The advent of super-intelligent AI would be either the best or the worst thing ever to happen to humanity.

In that possibility, if humans are in any way between AI and whatever it desires, then humans will have to face the wrath of machines.

And with the heartless metallic machines–that’s not a pretty future to look out for.

Even if the idea of machines overpowering humans seems far-fetched, the one making those claims was one of the greatest in his fields. Ignoring his warnings could be one of the saddest mistakes of mankind.

With driver-less cars replacing drivers, robots becoming surgeons, and Siri talking like humans, it’s not difficult to think of an apocalyptic condition with humans at the mercy of machines.

But it will take generations of innovation by researchers for AI to realize its full potential, or maybe AI, with the help of deep learning will evolve at a much faster rate, unanticipated by us.

AI will be our friend or foe–the true answer lies only in the times ahead.

Our future generations would either praise us for our intelligence or regret our idiocy.

Applications and uses of Artificial Intelligence are countless. And frankly, it would be silly and impractical to abandon AI at this stage.

Let’s just hope and ensure that we stay in control.