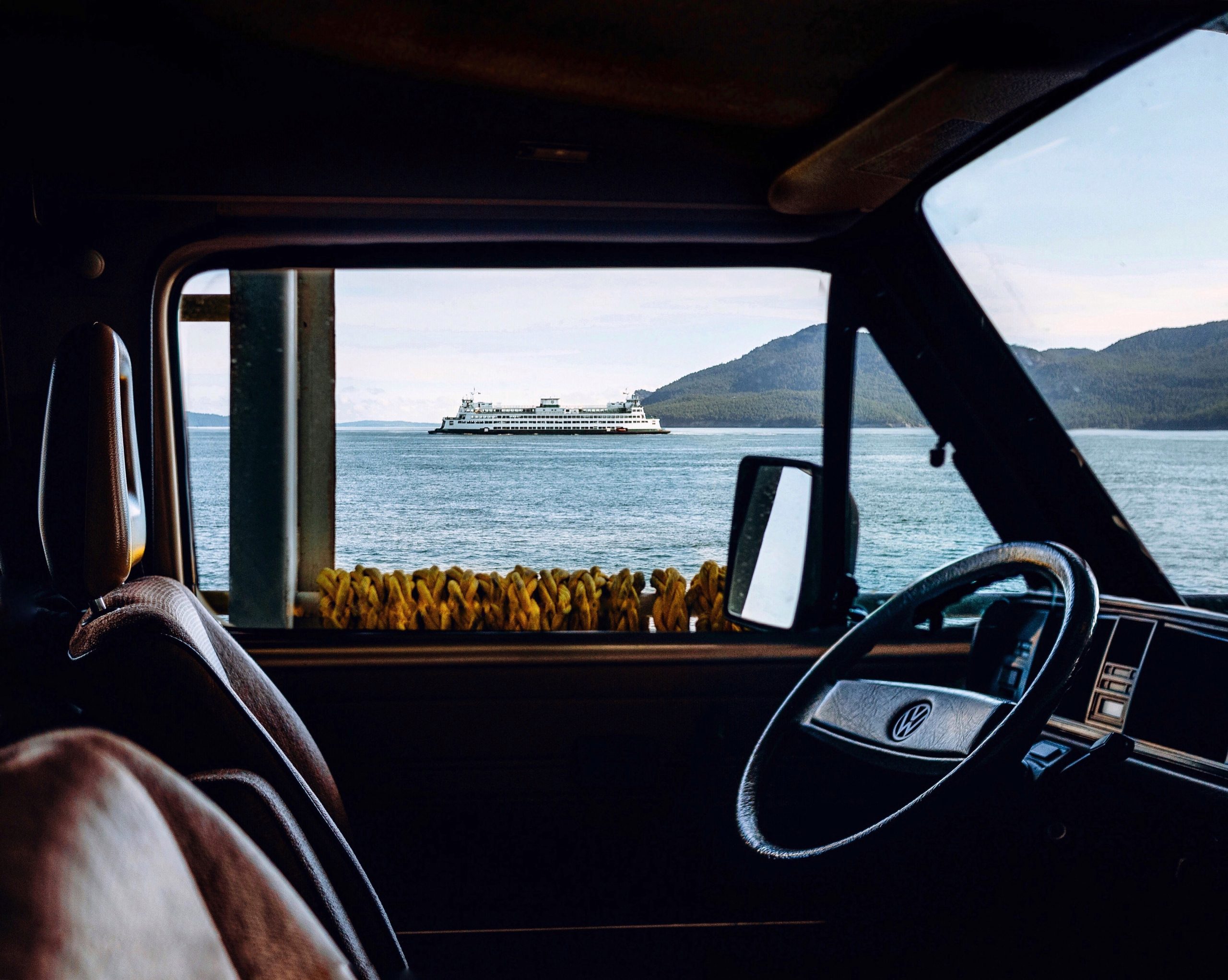 I’m sitting in the back seat while enjoying a tech magazine, and my car is taking me to work. It was the reality promised a decade ago. Driverless cars had created so much buzz that the cab drivers must have feared for their life.

Where is that promise now?

Were the self-driving cars just an imaginative theory–too good to be true?

What is the reality of self-driving cars?

What happened to the big-name automotive companies that were flashing their driverless prototypes a few years back?

I’m here to satisfy your auto-savvy soul with the exact answers to the above questions. Let us begin!

According to WHO, around 1.35 million die annually in road crashes. That’s more than 150 people/hour or five people every two minutes!

By the time you would be finished reading this article, 17 people will be dead!

It won’t get tired, will be punctual, won’t stalk your lady, and won’t rob you or create any nuisance.

Don’t you want that type of driver?

Puns aside, arguably, self-driving cars are the next milestone in automotive technology. Whenever they’ll exist–your life will be safer and more efficient–as far as transportation is concerned.

And it will be a definite advantage for the specially-abled to transit without any help.

Because of the lack of clarity regarding the future, not everyone is open about their self-driving projects.

Trials have hit blocks, and the path ahead is a blur at best.

At present, more than 50 companies are working in this field. I will cover a few top contenders. Why few? Because the promises are everywhere, but the data supporting them isn’t.

So, let me introduce you to the major players behind this constant humming in the self-driving industry.

Waymo was set up in 2009 under its parent, Alphabet Inc. But the public trials began only in 2017 in Phoenix, Arizona, USA.

For the first few years, it was running an autonomous taxi service for a small group of people. We can call it test drives to generate data to further improve its robo-driver.

Waymo calls its self-driving tech: Waymo Driver. It had a driving experience of more than 20 million miles till January 2020 on public roads. Waymo driver is deployed in autonomous ride-hailing service (Waymo One) and as a driverless goods transport service (Waymo Via).

Waymo’s public road safety performance data collected for 6.1 fully automated driven miles mentions 47 contact incidents, all of which were low-severity, according to the report. Out of these 47 events–18 were actual, while 29 were simulated to further improve the efficiency of the Waymo driver.

To date, it’s the only driverless car open to the public without any backup driver. Waymo enjoys a 360-degree view of objects up to 300 meters away, an impossible luxury for human drivers.

However, at present, Waymo’s testing and now the application is very limited to scope.

With every inch of chandler fully mapped, Waymo successfully avoided troubled waters. But its performance in un-mapped city roads which routinely bustle with vehicular chaos is yet to be seen.

While the Waymo operates in simpler conditions of chandler, Cruise is trying hard luck on the busy streets of San Francisco.

Cruise vehicles are developed from scratch and are not modified like most other driverless models.

According to a report published in The Verge, Cruise is testing fully driverless cars in San Francisco. The test rides are having its employees sitting on the passenger seat (with an emergency button) and a remote operator to stop the car in need.

In sharp contrast, Cruise doesn’t mention this on their website. One has to do a lot of scavenging to get detailed updates about them.

In comparison to Waymo, Cruise has never done public trials as of the date and haven’t published any plans for it.

It still sits in the concept stage, while no data around to gauge its performance.

Presently, Cruise’s future consists of many ifs and buts, with no available blueprint to tackle real-life traffic hustles.

Cruise is perceived as the no. 2 contender in the driverless world–clearly failing to match its better-performing comrade (read Waymo).

One of the pioneers in self-driving tech, Tesla, has an autopilot tech that has a name for itself.

Similar to Waymo, Tesla’s auto-tech has a 360-degree view of objects ranging up to 250 m.

Its front-facing radar can see in blinding weather conditions and ahead of the leading car.

Here is a video of Tesla’s self driving tech as published 4 years back:

The video was an eye-opener–to say the least.

How human the machines have become!

The car was handling itself quite precisely–avoiding a barrage of vehicles–maneuvering to avoid human contact–at the end, the parking was terrific.

How his “Still be careful, but it’s getting mature” will fare against the safety of his customers and their by-passers is yet to be seen.

All must agree that public safety is pivotal and should never be compromised. US Government is also concerned about Tesla giving the keys of self-driving tech to its customers.

However, any radical change in any sector warrants some sacrifice, and I’m afraid that Tesla has the required madness to make the unthinkable a living reality for all–no matter how spine-chilling it could be.

Let’s have a look at its safety data for 2020. It states an annual average of:

Comparatively, the USA has witnessed one accident per 0.48 million driven miles.

Evidently, Tesla is doing a great job keeping its riders safe and its rivals on their toes.

ZOOX (Amazon) and Others

Founded in 2014, acquired by Amazon in 2020, ZOOX is an all-electric robo-taxi service.

It boasts as the only autonomous driving tech with bi-directional driving ability–no need to reverse if you are stuck on a congested road.

Its sensors bring the capabilities of a 270-degree field of view at all four corners, thereby eliminating blind spots ensuring travel safety.

In the press release, ZOOX pats its own back for having the smallest footprint (only 3.63m in length) and the largest battery (133 kWh) that can run for 16 hours on a single charge.

But nothing could be found regarding the travel data.

Apparently, there may be fewer driven miles to prove any point, or the reality could be bitter for inspiring any confidence in the brand.

Other prominent names in driverless cars tech are Mobileye, PonyAI, ArgoAI, etc. But the transparency shown by Waymo and Tesla in publishing their data is rare. Others are taking baby steps towards the testing and may not be having anything significant to show yet, just like ZOOX.

Waymo has replaced the word Self-Driving for Autonomous in its dictionary. That’s the hard reality others are trying to dodge.

The fact is Self-driving cars are based on simulation, and every condition can’t be duplicated beforehand.

As humans, we are gifted to handle unforeseen situations. But for the machines, such ability is still far-fetched.

At present and in the coming decades, driverless cars will be unable to drive every time, everywhere.

Namely, it can/will assist the driver to some extent, but forget about taking hands off the wheel entirely–in every situation.

For the time being–

If anybody can drive–then it’s the living–and not the machines! 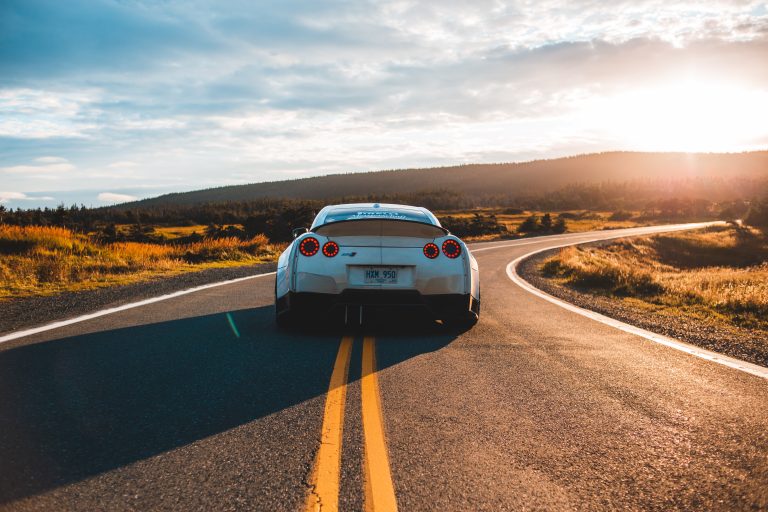 You probably have heard it already! Yes, one day your car will drive you to work. You may rest, scroll through your smartphone or enjoy that delicious drink while your AI-powered self-driving car will be doing all the hard work. Let’s catch it right there! That’s L5, fifth level of autonomy, fully autonomous. And there…