While Cloudways is great, let’s check out Nestify to see if we have a potential alternative for WordPress websites.

When I first used Cloudways, I was amazed by the speed, simplicity, and sudden uplift in the Google rankings. The platform is intuitive, has a free trial, rich documentation, and friendly support.

That was my breakup with the shared hosting. I subscribed to the Digital Ocean (DO) servers and was happy that I’m no longer sharing resources with tens (or hundreds) of other websites, a common practice among shared web hosts.

Then I came across Nestify, which offers a similar set of services and a 7-day free trial. However, there are some vital points of difference between these two that we will discuss later.

First, we will review the features, install WordPress, and run some performance tests on both.

In the end, you’ll know which is the bang for the buck.

Started in 2016, Nestify calls itself fully managed WordPress hosting powered by Amazon Web Services (AWS). In that sense, you can also consider it an economic substitute for Kinsta or WP engine, which does the same but with the Google Cloud.

Though tech savvy users can host WordPress directly with AWS, others may find it a time-consuming hassle which is better to avoid with something like Nestify.

For people new to this, these modern web hosts use the resources of cloud infrastructure companies like DO, Linode, Vultr, etc., and put their control panel on top of that. Thereby, you do complex server management tasks with just a few clicks.

Besides, they charge you for their expert support to fix complicated issues.

Before going further, let’s look at some of the features:

The most interesting thing is dedicated CPUs, even with the base tier, which starts at $12/month.

Frankly, this is tough to digest. Because dedicated CPUs start at $42 per month at DO, one of the most economic and widely used cloud companies. And Nestify offering AWS dedicated CPUs at 12 dollars per piece including their services is phenomenal if true.

For context, the similarly priced plans at Cloudways offer shared CPUs (and half the ram, but more storage) that may face performance bottlenecks if your (noisy) neighbors use their resources to capacity.

However, there is no such problem with dedicated CPUs. Still, we won’t rely on these specifications alone but check real-time.

The best strategy for any business is to make it easy for users to begin, and Nestify aces that. Just enter your email, and a strong password, verify the email, and you’re done.

Subsequently, you can select any AWS instance, pick the server configurations, name it, and click New server at the bottom right.

Next is to use the New Site option in the sidebar. Here, we select the server, and application, name the site, and click Create site to begin with WordPress installation.

It will take a few minutes to get this ready:

Now, login to this site and start creating if you’re starting afresh. But, since we have some testing to do, we’ll do something different.

While the default website was enough for comparison with Cloudways, a fully-fledged website filled with text and images will definitely be more accurate to test.

So, I cloned Mustechie over to the new IP address. Although this is just a short process where you use the SFTP credentials and the free Migrate Guru plugin, you can also ask for Nestify support.

But since I was doing this just for this tutorial, I refrained from bothering their support.

Anyways, the migration took under 10 minutes, and Mustechie was cloned to the new IP address:

The final step for those who’re actually going live with Nestify is to point the domain. There are help sections about how to do this at your domain registrar, but I wish it to be as helpful as Cloudways documentation.

Regardless, the process is simple and help is lying all over the internet if you’re doing it the first time.

So now that we have the side ready, let’s pit it against Cloudways.

Notably, Nestify is AWS-based, but Cloudways have more options to choose from. Besides, we can’t match them for Amazon-powered servers because the specifications and prices are different. What we’ll do instead is, compare an introductory $12/month subscription.

Before going deep with the test results, let’s check out what we get with a $12 per month plan with both vendors.

But wait, there is so much to the actual performance that can’t be depicted by raw numbers. So, I’ve tested the cloned websites on both platforms. And please note that these clones were the only sites on the respective servers.

This is the most important evaluation designed by the search giant itself. Google Lighthouse checks a web page based on its performance, accessibility, best practices, and SEO.

Here the performance part will be about the server strength.

First, I checked it for the home page.

Next, I ran the same test on three web pages to take the average score. This time again Nestify beat Cloudways with a score of 93 to 88.

While this isn’t a big difference, Nestify still takes this round. Besides, these results are more significant in that Nestify’s native page speed optimization was turned off.

SolarWinds Pingdom is a nifty way to test a webpage loading time, its overall size, and see the size of the rendered elements to catch the culprit. While Google Lighthouse is very detailed and indeed useful, Pingdom is my personal favorite to troubleshoot a slow-loading website.

And this gave some very interesting results:

The objective was to check the same web page from two different locations based on the distance from the hosting server.

While Nestify brought the page size to almost half, it still took significantly more time to load than Cloudways for both locations. As a reminder, Nestify’s page speed optimizations were deactivated during this.

However, even when I turned this on, the 5.49s figure came down to 3.58s, still not desirable. And, Cloudways was again ahead when I tested a different web page, even with Nestify’s performance tweaks turned on.

Benchmarks tests aside, Loader simulates real user behavior and checks what your website can actually handle. Among other things, it shows response time as per the user count.

This table summarizes the average response time (ART) against users:

Nestify was good at handling low user loads of up to 200 users/minute (which is a lot). However, Cloudways was more consistent. The response time (blue line) was constant under variable traffic conditions.

I went further to confirm this and sent 1000 users per minute to confirm Cloudways stability:

Somehow, even after having fewer resources than Nestify’s server, Cloudways was more stable against heavy user load.

But again, this difference is visible only after a certain amount of traffic, and Nestify was better for the entry-level load.

Overall, there isn’t a clear winner, but I think Cloudways has some edge as its response times were near the Google prescribed 200ms.

Nestify is a middleman that helps to host your website at AWS with its control panel and 24/7 support. Undoubtedly, it’s good, affordable, and an excellent upgrade over the usual shared hosting.

It would be gold if it can slightly improve the user interface, and overall performance. While comparing it with Cloudways, I expected an easy win for Nestify.

Still, the best way to compare would be with the same cloud provider having servers with the exact same configurations which I couldn’t find.

So, we’re not calling Cloudways a winner here, but Nestify has something to improve before people consider it over its older rival.

Still, if dedicated servers is all you want with AWS, Nestify is something to consider seriously. 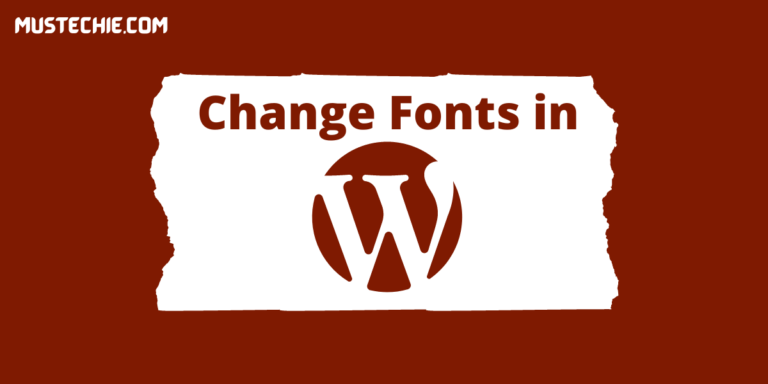 Let’s check how you can change WordPress font with or without plugins and compare the website performance with each method. Fonts are a far more important part of any web project than some might appear at first glance. And the existence of paid fonts (like that at fontshop.com) shouts this fact out loud. A carefully… I switched my WordPress website to Cloudways in the last few months. Stay tuned to know if you should do that too with this pinpoint review! There will be times as a website owner you start thinking about ditching shared hosting. Mine was around June 2022 when I bid farewell to Fastcomet and switched to…